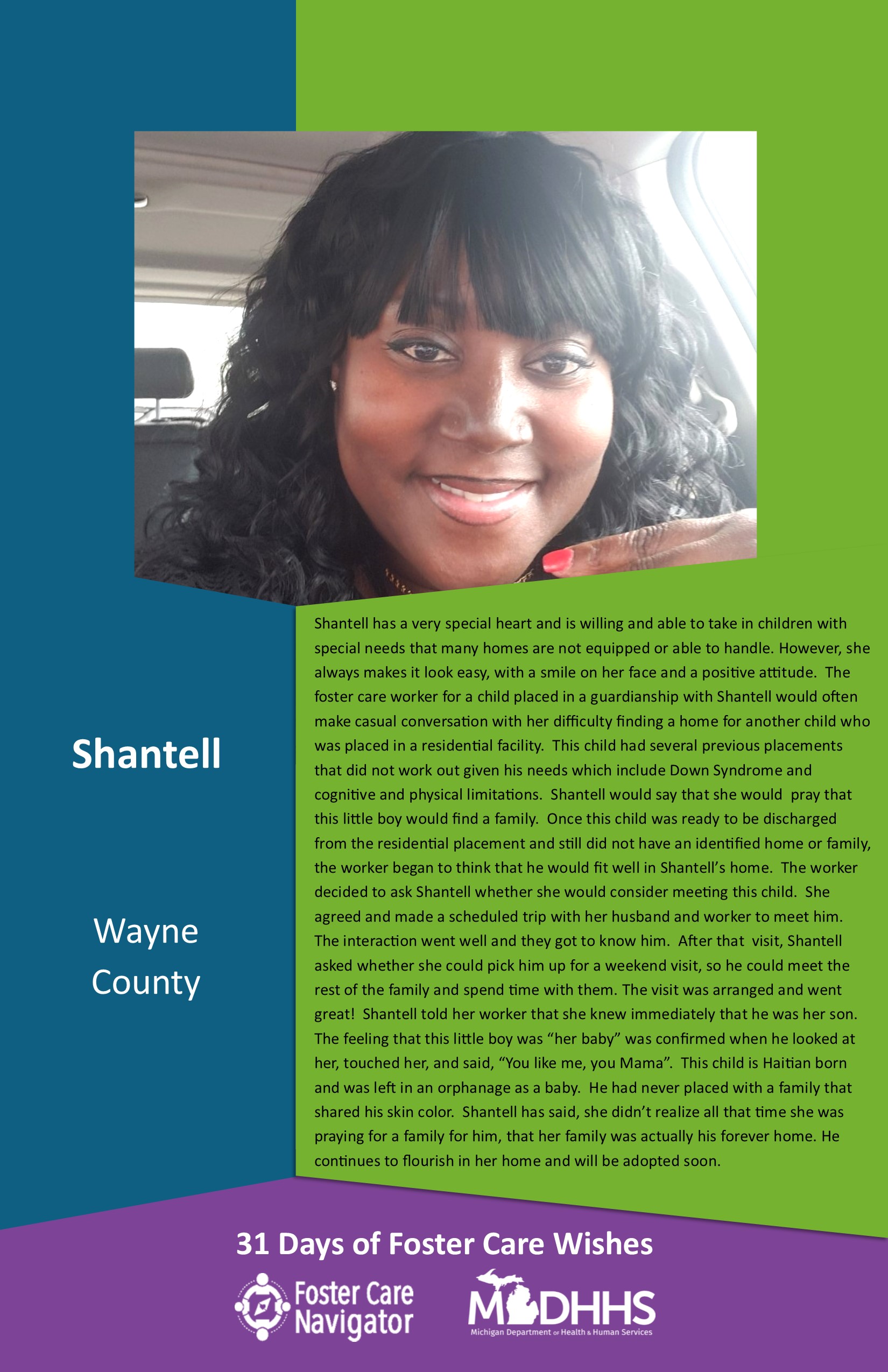 "Shantell has a very special heart and is willing and able to take in children with special needs that many homes are not equipped or able to handle. However, she always makes it look easy, with a smile on her face and a positive attitude. The foster care worker for a child placed in a guardianship with Shantell would often make casual conversation with her difficulty finding a home for another child who was placed in a residential facility. This child had several previous placements that did not work out given his needs which include Down Syndrome and cognitive and physical limitations. Shantell would say that she would pray that this little boy would find a family. Once this child was ready to be discharged from the residential placement and still did not have an identified home or family, the worker began to think that he would fit well in Shantell's home. The worker decided to ask Shantell whether she would consider meeting this child. She agreed and made a scheduled trip with her husband and worker to meet him. The interaction went well and they got to know him. After that visit, Shantell asked whether she could pick him up for a weekend visit, so he could meet the rest of the family and spend time with them. The visit was arranged and went great! Shantell told her worker that she knew immediately that he was her son. The feeling that this little boy was 'her baby' was confirmed when he looked at her, touched her, and said, 'You like me, you Mama'. This child is Haitian born and was left in an orphanage as a baby. He had never placed with a family that shared his skin color. Shantell has said, she didn't realize all that time she was praying for a family for him, that her family was actually his forever home. He continues to flourish in her home and will be adopted soon."